When chewing much saliva is secreted, this secretion diminishes with the step of the years. The antioxidant enzymes found in saliva eliminate the free radicals that are generated within the body

By decreasing saliva, free radicals in the body increase, aging accelerates and cancerous cells form. When chewing the coca leaf, salivation comparable to the age of the second decade of life can be recovered. Saliva decreases the appearance of cancer cells and a long life is achieved.

Saliva is secreted by three glands that are the parotid, sublingual and submaxillary. The composition and amount of saliva that is produced from each gland varies.

If we chew the food well, the secretion of the saliva will surely increase and the protective effect will be increased before the environmental toxins found in the food. When chewing the coca leaf we stimulate the secretion of a large amount of saliva and the antioxidant enzymes found in it eliminate free radicals. As a result, the effect is produced to prevent the production of cancer cells and to delay aging.

When the blood pressure exceeds normal limits it is called systemic arterial hypertension, and it is one of the diseases by habit of life. On the contrary, when the figures are less than the limits, it is called arterial hypotension. Hypotension has symptoms such as difficulty recovering from fatigue.

When the coca leaf is chewed at more than 3,000 masl, in an environment of hypoxia (state in which the body or a region of it, is deprived of adequate oxygen supply) and hypobaric (decrease in barometric pressure, in relationship to the height above sea level), by synergistic effect increases the strength of vascular smooth muscle, which regulates blood pressure.

By chewing the coca leaf, thanks to the antibacterial effect of coca chlorophyll, we are able to cure periodontal diseases. As a result, grams normalize the body’s insulin function and the improvement of diabetes mellitus.

Our blood contains glucose, which is the source of energy for cell function. However, glucose requires a “passport” such as insulin to enter the cell. Lacking it, the glucose that was not allowed to enter makes most of it stay inside the blood vessels. This causes the state of hyperglycemia and glucose circulates through the blood vessels and is eliminated in the urine. This is the phenomenon whereby sugar comes out in the urine. In this situation glucose was rejected, but the cell is also in trouble. As the lack of insulin prevented the entry of the necessary glucose, the cell cannot function normally. On the other hand, within the blood vessel persists a state of high blood glucose, this glucose that is in excess affects the vessels and destroys them.

Recent studies suggest that the interrelation between periodontal disease and diabetes affects the entire organism. People suffering from periodontal disease not only do not get better, but they can get worse; In addition, when these bacteria enters the blood vessels facilitates the formation of thrombi and increases the risk of heart disease and stroke. Periodontal disease is a pathology where the gums are inflamed by the presence of oral bacteria.

By chewing the coca leaf, thanks to the antibacterial effect of coca chlorophyll, we are able to cure periodontal diseases. As a result, we managed to normalize the insulin function of the organism and the improvement of diabetes mellitus.

How to lose weight with the consumption of the coca leaf

In developed countries mainly – but also in those that are not – obesity is becoming a social problem and the mechanism of regulation of appetite begins to generate interest. Obesity is a major risk factor for chronic non-infectious adult diseases such as diabetes, hypertension and arteriosclerosis. The human being evolved constantly subjected to starvation, so the genes were modified to avoid the unnecessary consumption of energy. However, the accelerated modification of the social structure allowed food to be obtained at all times and this situation contributed to obesity.

The chewing of the coca leaf increases the intracerebral histamine, which generates the sensation of satiety. The effect of chewing causes that stimulus to pass through the nucleus of mastication until it reaches the tonsil nodules, which are responsible for producing large amounts of histamine. The secreted histamine stimulates the core of satiety and the sensation of fullness is perceived.

We live surrounded by advertising on television or triptychs with gourmet information, and tempted by the aromas of bakeries and roasts, artificial flavorings in artificial foods such as potatoes from transnational food chains, together with dyes that give a more appetizing view, plus of alcoholic beverages and artificial sweeteners that stun the satiety nucleus. All this is a tactic of the food market, well calculated to tempt us to overeat.

It should also be noted that the alkaloids found in the coca leaf increase the amount of intracorporeal dopamine that reduces appetite and prevents obesity.

Both humans and animals have the core of satiety, which makes you lose your appetite when you fill your stomach. However, the appetite in the human being is increasing due to various factors of both food and social, altering the function that determines the will in the frontal lobe before delicious foods. The human being lost the ability to regulate the appetite according to the required energies. The chewing of the coca leaf controls the sensation of excess hunger. 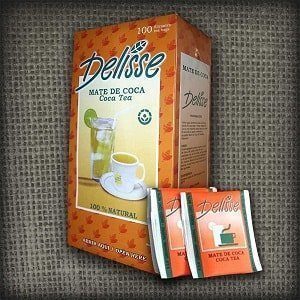 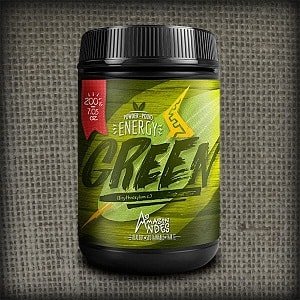 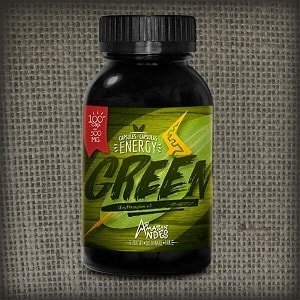